APPLICATION: Black Cumin Oil can be used by itself, but is often best used as a blend with other carrier oils. It is best mixed about 1 part Black Cumin to 4 parts of Almond, Coconut or Grapeseed Oil.

GENERAL INFORMATION: Black Cumin (Nigella sativa) Oil is sometimes referred to as an essential oil because of the methods by which it is produced and the size of its molecules, but it is more properly classified as a carrier oil. Black Cumin is variously called Fennel Flower, Nutmeg Flower, Roman Coriander, Black Caraway, and just plain Blackseed. The plant is, in fact, not a cumin at all!

Its many uses have earned it a name in Arabic which means “seed of blessing.” In Islam, it is regarded as one of the greatest of the healing medicines available and is listed as a natural drug in the “Medicine of the Prophet (Muhammad).” The Prophet Muhammad is said to have counseled someone, while traveling, to crush the seeds, add a little oil, and place the mixture in the nostrils with the comment that “This black cumin is healing for all diseases except death.”

Scientific research into the individual components of this oil indicate that it protects from histamine-induced bronchial spasms, explaining its use both internally and as a carrier oil for asthma, bronchitis, and coughing. Black Cumin is used for rheumatism and related inflammatory diseases and to increase milk production in nursing mothers. Black Cumin makes an excellent carrier oil for skin conditions such as eczema and boils.

INTERNAL CONSUMPTION: Reported internal uses for Black Cumin Seed Oil (for your information only). Black Cumin seed oil, ingested, has been used as a digestive aid (flatulence, colic, indigestion, and constipation), as a medicine for colds, asthma, bronchitis, deep coughs, headaches, toothaches, and infections. Black Cumin is also used traditionally for circulatory ailments, to strengthen the urinary system and aid in the removal of toxins and excess fluids. This oil is also used as an immune stimulant, and to clear lymphatic congestion. It is listed in many texts as a nervine for the relief of nervous exhaustion, tiredness, debility, insomnia, lethargy, and migraine headaches. I have no experience with the internal consumption of Black Cumin Oil. It is recommended by some in protocols for hepatitis.

The presence of beta-sitosterol, an anti-tumor sterol, gives credence to its traditional use in treating abscesses and tumors of the abdomen, eyes, and liver. Studies show that black cumin is effective in treating opioid dependence. Researchers at the Kimmel Cancer Center in Philadelphia have used that one ingredient, thymoquinone, to block pancreatic cancer cell growth and killed the cells by enhancing the process of programmed cell death (apoptosis). These studies are in the very early stages, but are showing great promise, perhaps as a preventative for those at risk for cancer. 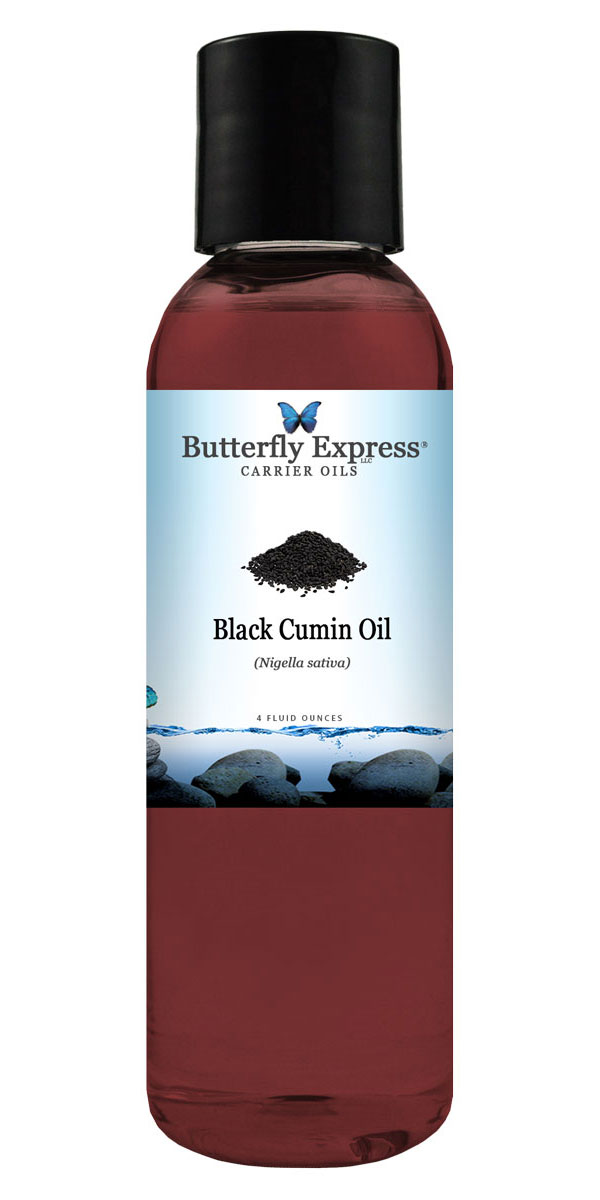